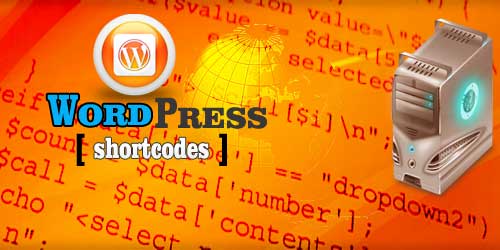 WordPress is one of the World’s most popular opensource Content Management System. Shortcodes as the name suggests are short pieces of codes which help the user to perform functions easily. When WordPress Shortcodes was first introduced it was used mainly for blogs, but now it is widely used and finds use in many functions. A shortcode is basically a user specific wordpress code used so as to execute certain functions such as to execute a dynamic code. The main idea behind introducing WordPress Shortcodes is to enable the plugin developers who develop plugins to create extraordinary content which users can add to pages by adding similar or corresponding WordPress Shortcodes to the page layout.

WordPress Shortcodes are made and executed by giving the programmer or the user a handler function. These handlers are similar to the WordPress Filters which accept input from the user and return the desired output if the input is correctly inserted.

The Basic Rules to be followed for the use of WordPress Shortcodes are:

Example:The shortcode [year] should be used to represent a particular year.

The shortcode [time] must be used to represent time.

THE USE OF A SHORTCODE EXPLAINED

In Today’s world shortcodes are used for various reasons and in many programs .They help the user to decrease the amount of effort being put in but the output obtained is a good amount.

1.[adsense]:Used to display block of google ads in any post.

2.[year]:Used to represent that particular year.

3.[time]:Used to convey the time at that specific instance.

The shortcodes used above are known as READY SHORTCODES which help in accelerating things while working on a program.

As we have seen, WordPress Shortcodes can be used for a variety of functions and help the user to minimise the workload and maximise the work output obtained. It is a WordPress-specific code which lets us do long time consuming work with very little effort. In totality these shortcodes are amazing, powerful and at the same time helpful tools which saves the programmer or the user a lot of time and effort and increases the output obtained. The help obtained is more when the user is creating a post. These shortcodes can be as straightforward and simple as a sentence of text or as complicated as a big program.

Save time and money by making the right web hosting decision the first time.